Today, S. wants to make me understand again why this therapy is at the very heart of the “problem”, works so differently than other therapies and especially why it can really help. We have two kinds of consciousness with which we work and think: First, there is the consciousness that can respond rationally, reasonably, and wisely. This is not about feelings but about logic. It can also be called adult consciousness.
Then we have the subconscious, this consists of rising feelings and sensations. It is more irrational and shaped by emotions, like a child’s consciousness.
Whatever we perceive, we perceive real because it really happens to us, but through our experiences we have already done, we interpret that perception either positively or negatively and against us. If e.g. A healthy person goes through a mall and is viewed by other people normally, he perceives this true, but stores it as neutral from, since it is commonplace that you are viewed without scoring. We all look at other people’s faces as they approach us (unless we stare at the ground).
However, when a person with eating disorders is looked at, he perceives this as being directed against himself. Immediately, such thoughts arrise as: “Oh dear, everyone looks at me. I look awful. They will all think how ugly and unattractive I am. “A normal occurrence is rated negative by him because he sees himself this way and subjectively gets the confirmation from the outside or even believes to get it.
For him it is a fact that nobody likes him, he is not good enough and can not be lovable. This conviction is as true to him as a fact that the sun rises in the morning. Nobody would doubt that. Nor does a person with eating disorders doubt that he is not lovable. And here begins the therapy! 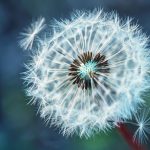 Objective or subjective?Diary in therapy, März 2009

The flower bedDiary in therapy, März 2009