Another view of the disease

Thanks to the therapy work, your thoughts and questions, I began to see the disease from a completely different perspective. This view of things was completely unthinkable to me before. We started to question my rules together and I began to understand that it is the disease that dictates the rules. I became more and more attentive and watched myself and my behavior in different situations. And as you’ve always told me, at some point, it also struck me that the disease always finds the same reasons why I have to follow the rules. Very slowly, I wished to confront the disease or to face it and, as you had told me, to be the driver of my life and to sit at the wheel. Of course, I had to fight a lot of fights and sometimes it did not work out yet, but eventually I started to eat a little bit more or do a little less sport and just try it out. At the time, of course, I often had the feeling that I had failed, because I had my once again not set too high target. I did not see the small successes. It is perfectly normal to need some time to change this behavior, but of course I wanted to be perfect again and get it done right away. You kept telling me, “Marlene, do not put yourself under pressure and be patient. Do your own pace. “
After several weeks of struggling to get over the illness, I began to realize that things were getting better and better, that my structures were getting looser and that I was a bit freer. Of course, at first the good feeling was overshadowed by remorse, but over time it became normal for me to eat more.
My life suffered greatly from anorexia and it restricted me unbelievably.

Here are just a few examples: 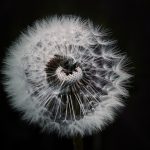 The first weeks in therapyfinal report